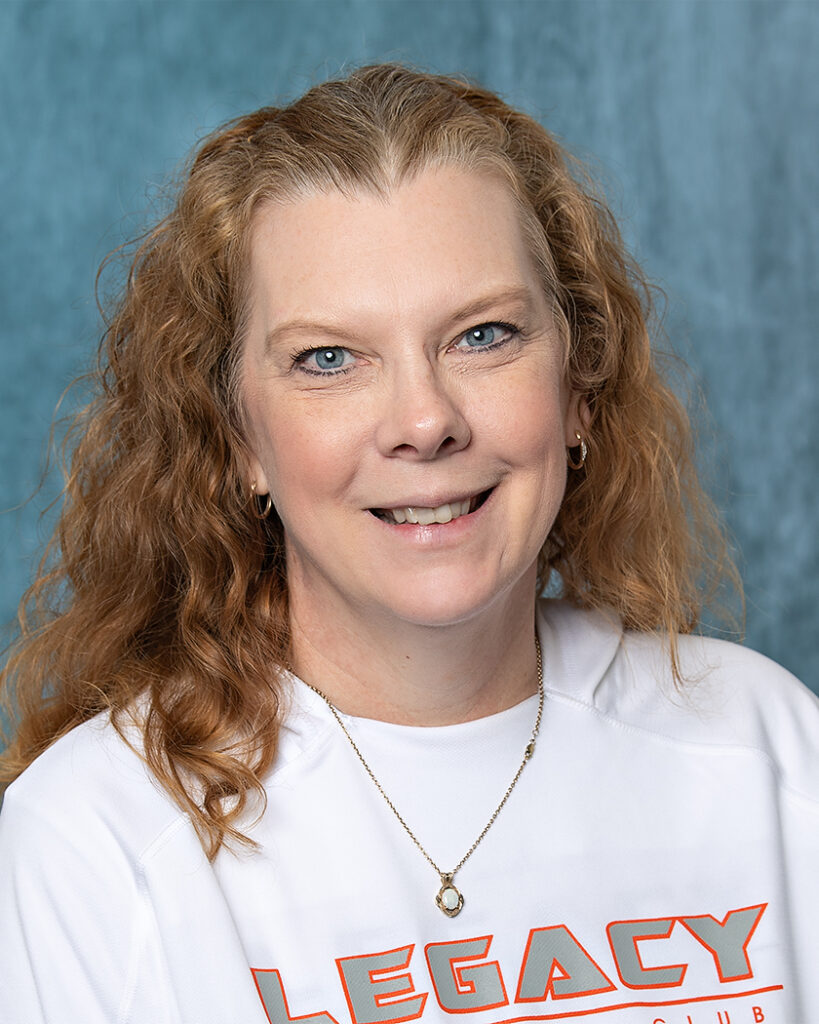 Originally from Chicago. Graduated in 1989 from Marquette University in Milwaukee and was a sprinter/ hurdler in their D1 track program for four years. Received a degree in physical therapy. Moved to Michigan in 1990.

Began coaching volleyball 15 years ago at the CYO (St. Joseph’s) level and local club level (Orion Stars). Coached four years at Michigan Elite at the regional level before joining the coaching staff at Legacy. Have been at legacy for 11 seasons, the past six being at the Adidas 14-2 level. Took 1st Place at Rock N Rumble and won the Michigan USAV Bid tournament in 2018. Placed 5th at the AAU National Championships in 2019 and had a player named an “All Star”.

High school coaching included freshman coach at Lake Orion High School 2007-2011, helping to build the program to a regional championship and a MHSAA State Finals appearance. Returned for one season as assistant varsity coach in 2014.

Developed, ran, and coached a beach volleyball program for ages 10 – 16 for 4 summers, including training, league play, hosting tournaments and traveling to tournaments on lake Michigan. Continues to provide indoor and outdoor private training, group training, and run tournaments for volleyball youth in the community.

Continues to work professionally as a pediatric physical therapist and owns a private practice which includes sports medicine and neuro patients.